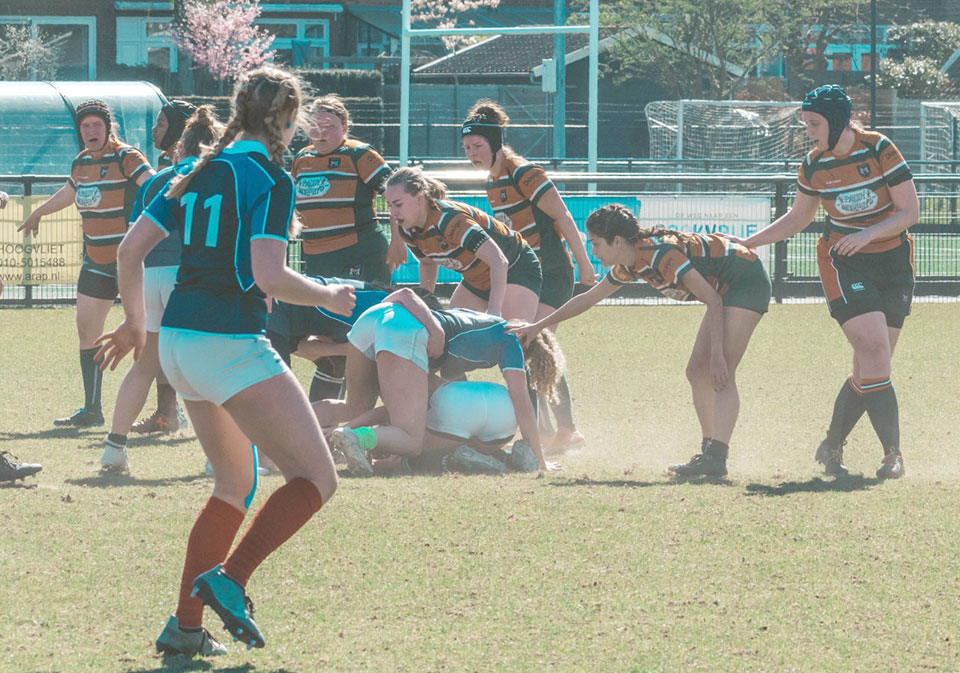 On the sunny day of 27th of march we received the Groot Mokum ladies at home. The ladies from Groot Mokum kicked off the game, which Roisin was happy to receive and make some good meters. After a couple of strong carries, we had a line out inside their 22 meters which we were happy to convert into 5 points.

After that try, we slowed down a bit. Our tackles became a little high and Marta received a yellow card for a high tackle. But for those 10 minutes the team really showed what they are capable of and defended very well only suffering one try playing with one less.

What really stood out in our game was the scrums, we not only won all our scrums but we also got most of the opponents, with the highlight being the penalty we got from the Groot Mokum’s scrum 10 meters from the scoring line. After a great celebration from the forwards, we could converted it into 7 points. I have to mention Des’ree for never giving up and never stop pushing as well as our second rows, Leonoor and Wies which made us win key balls.

Unfortunately we were not fast enough in supporting our players and that led to turnovers from the opponent which organized quicker than we did and were able to score 3 tries this way. Something we will definitely work to get better at. But we fought back and scored two great team tries that, as always, involved Anna Zoe’s speed and some great offloading by Celine and Queeny. Unfortunately, Marta received another yellow card (which meant a red card) at the end of the match. Which made us suffer one more try. The final score was 22-43.

Finally I have to mention our player of the match – Mirjam. She not only made some great turnovers, but she also did some great low tackles.
Tackle of the match was made Rosanne.

On a positive note, after a couple games playing with only 15, it was great to have enough players to even borrow a player to our opponent. Additionally, it is always good to feel the support from the Claire, Jordi, Marjo and Shief who were there to support us in whatever we needed.

Match report: Marta (who promises no more cards in the next matches)

Woman of the match: Jasmin 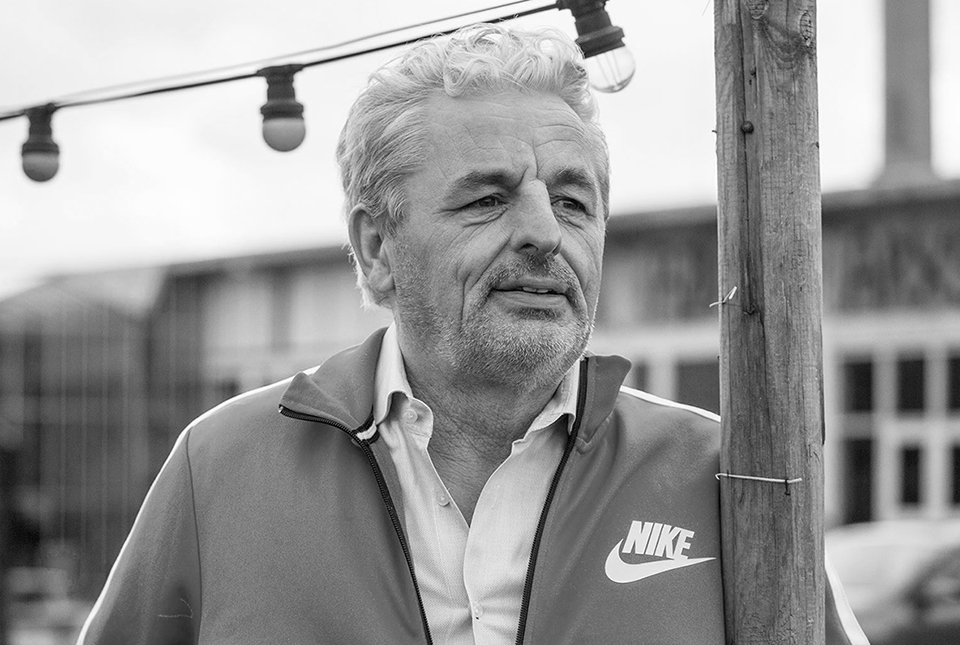 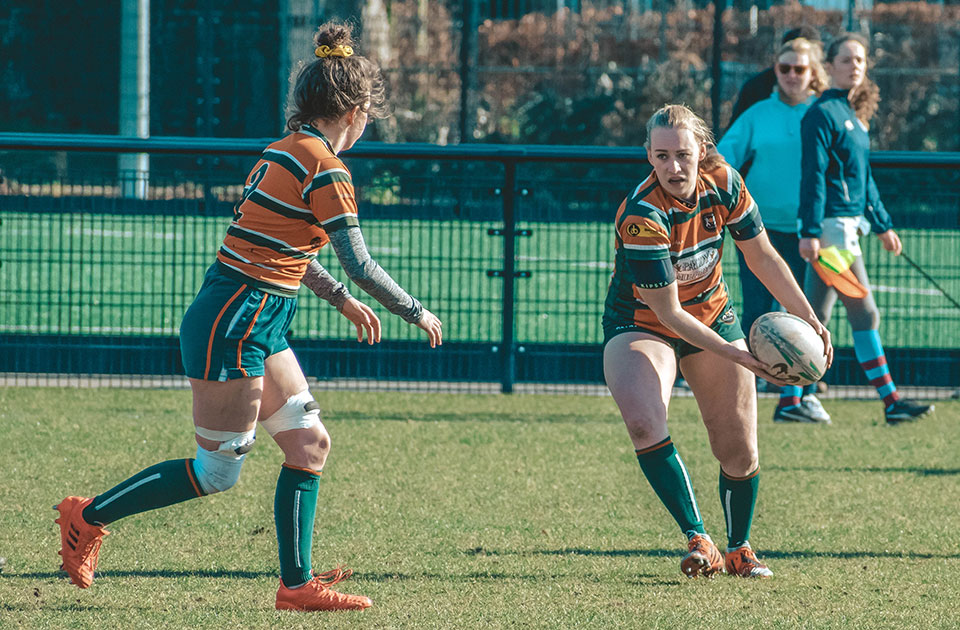